The motto of the school is: KEEP YOUR LIGHT BURNING.

I PROMISE TO BE A GOOD CHILD.

TO LOVE GOD AND MY NEIGHBOURS

TO READ MY BOOK AND PASS EXAMS

TO BE NEAT ALWAYS

AND TO UP HOLD THE GOOD

NAME OF MY SCHOOL

SO HELP ME GOD

I have a word to say

All the boys were fifty

And the girls were thirty

Every teacher and scholar

My knowledge, my success stool

With pride, I lift thee so high,

A name so sweet, I will not deny.

Citadel of knowledge and wisdom too.

A school for future stars

On a Solid Foundation

For Good and Sound Education

St John`s School known for near

By one and all that may care

To my heart than art so dear

Never of thee will I snare

The Ivory of morals

The tower of discipline

The buffer (booster) of  my Morales 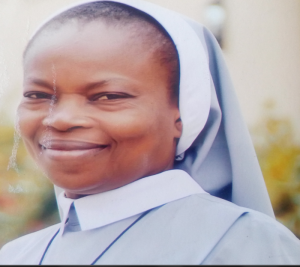 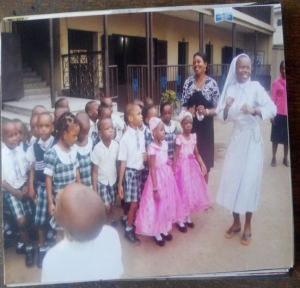 Nursery 1 Marking the Birthday of  twin Sisters with HM. 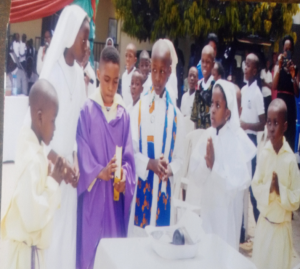 Pupils on Career display. Here the boys playing the role  Priests, their Mass servers and the Rev Sister look on. 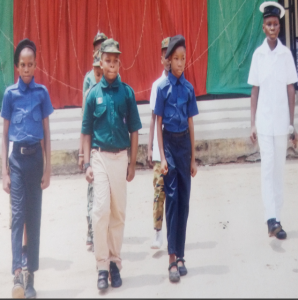 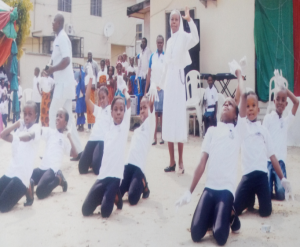 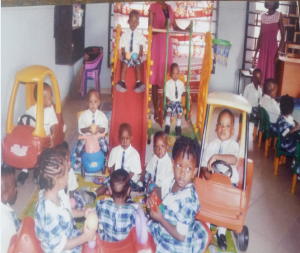 Pre- nursery section of the school in the class 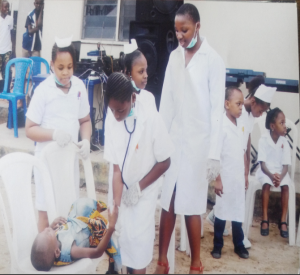 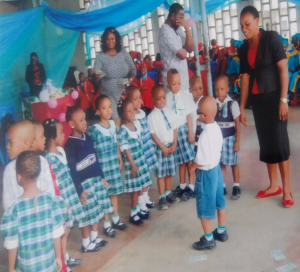 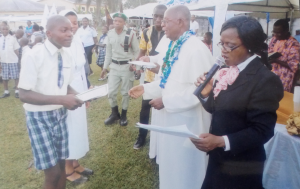 A student receiving an award for 1st position in academic competition, all catholic children’s day.

Pupils on March past 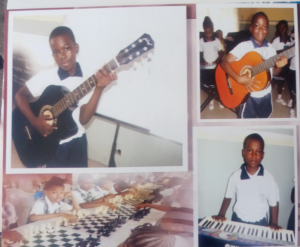 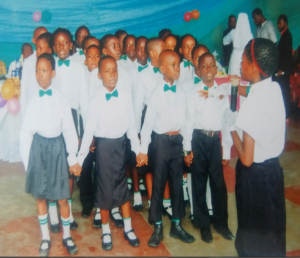 Pupils in for seminar 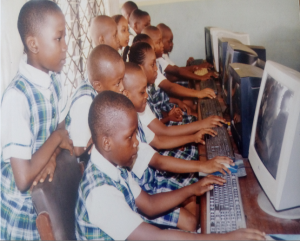 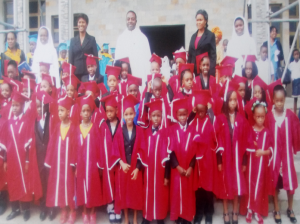 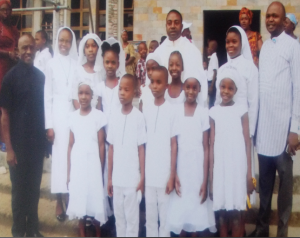 Pupils posing with the Parish Priest Fr. Martin Amadi  and parents after receiving the sacrament of Holy Communion June, 2017 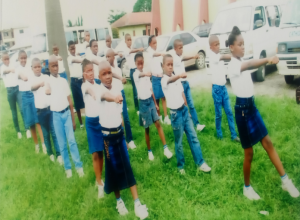